While copper is dominating the headlines in terms of corporate activity, coal continues to be the stand-out commodity performer in the resource space. And the situation is about to get a lot worse, with a ban on Russian coal exports. And the impact it’s having on some of our domestic coal plays is astounding.

Coronado is a Queensland and US metallurgical coal miner and it’s just reported earnings for the six months to June 30 – with record revenue up 147%; record net profit up 685%; record underlying earnings up a staggering 3000% to $1.2 billion. Coronado’s metallurgical coal achieved an average price that was up 193% year to $US292.80 per tonne. 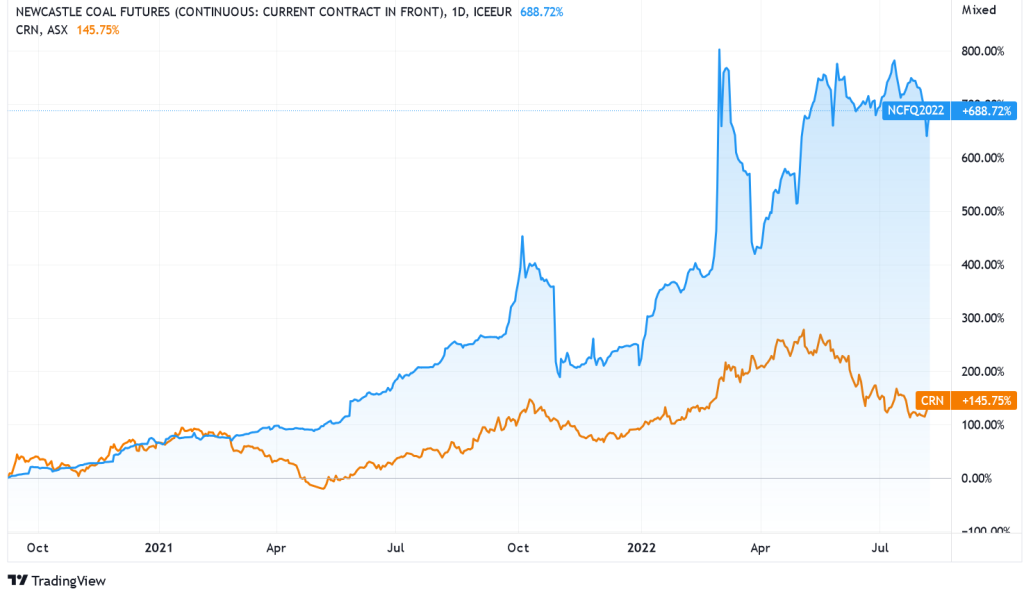 Coronado can see an opportunity in the thermal coal market, where Russia’s war in Ukraine has also caused supply chain dislocations that have sent thermal coal prices through the roof. Metallurgical coal can be used in thermal power station boilers to generate electricity if it is blended the right way, and with power producers desperate for coal supply, Coronado has begun selling its met coal into the thermal coal market, in what is as an arbitrage opportunity.

And that opportunity is about to get better. On August 10, bans on the sale of Russian coal to Europe will kick in, removing 187 million tonnes – about 20% of the world’s annual production – from the global market. Most European thermal coal buyers have been moving away from Russian coal since the invasion of Ukraine, but the ban that starts on Wednesday night will put further pressure on thermal coal supplies in the coming months. 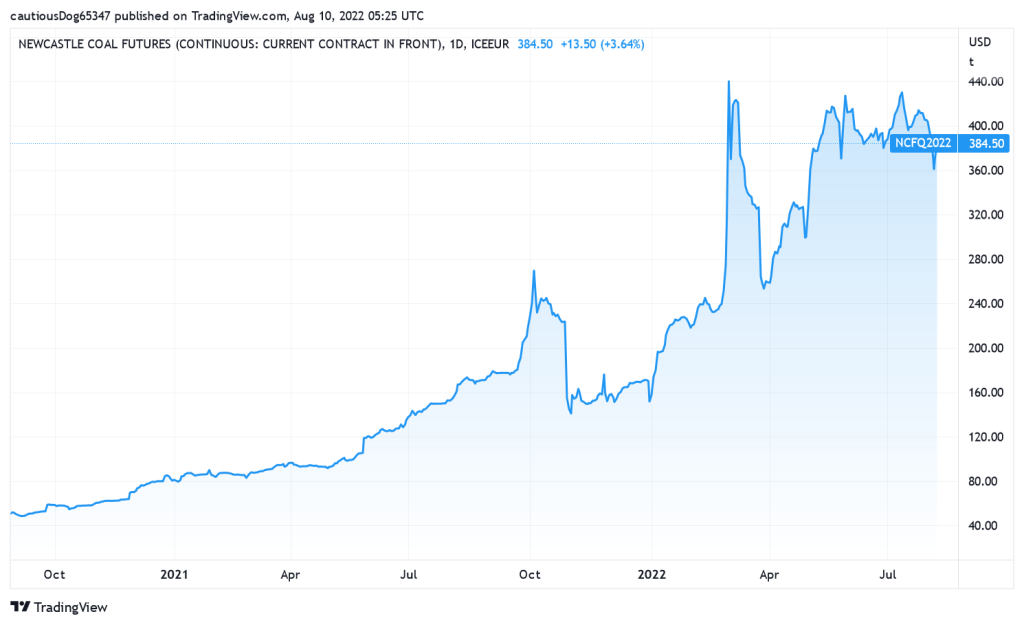 Silver’s been the worst-performer among major precious metals in 2022, but prices may have fallen far enough to spark a modest recovery. In all, silver is down by 11%, weighed down by the stronger US dollar, rising interest rates and slowing growth. But prices could turn higher from later this year as the electronics and photovoltaics sectors support industrial consumption, while retail and jewelry demand look strong. Much of silver’s industrial demand will be well supported and will not reflect overall industrial sluggishness, while price declines will stimulate demand from key consumers China and India. 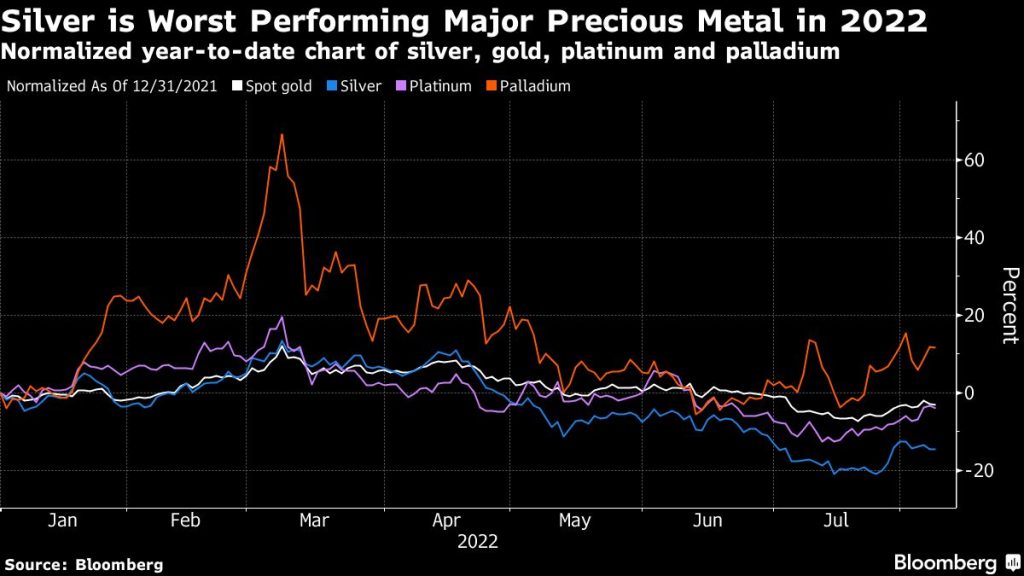 Patience will be required however, and we need to see the Fed makes a proper dovish pivot first. We also need to see some initial movement in gold, as silver typically follows gold’s lead.

BHP’s moves on OZ Minerals highlights how bigger companies that are taking a long-term view on metals demand are using current equity market weakness to their advantage. There simply won’t be enough metal to satisfy demand, and there certainly won’t be enough of a timeframe for projects to be discovered, developed and brough into production by 2030, so cashed-up companies like BHP are going to buy tonnage and production. Prices will have to rise in order to incentivise supply, which means it’s money well spent by BHP for future production. Bear in mind too that the copper ore grade that’s been mined has been steadily declining, meaning a lot more mining has to take place simply to maintain production. 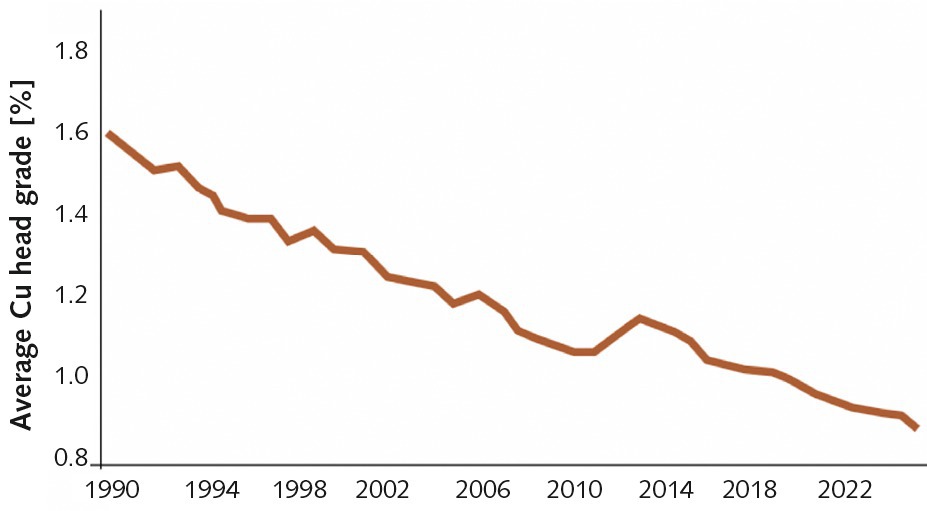 At the same time, it sends a clear message that Australia is a place to own and develop resource projects – and we are likely to see far more money devoted to exploration for copper in Australia, because it is such an important commodity.